Goods and services may not have moved from supply locales to demand locales on their
own. The movement of these goods and services from their supply locations to demand locations necessitates the need for transport. Some people are engaged in facilitating these movements. These are known to be traders who make the products come to the consumers by transportation. Thus, the pace of development of a country depends upon the production of goods and services as well as their movement over space. Therefore, efficient means of transport are pre-requisites for fast development.

The movement of these goods and services can be over three important domains of our earth i.e. land, water, and air. Based on these, transport can also be classified into land, water, and air transport. For a long time, trade and transport were restricted to limited space. With the development in science and technology, the area of influence of trade and transport expanded far and wide. Today, the world has been converted into a large village with the help of efficient and fast moving transport. Transport has been able to achieve this with the help of an equally developed communication system. Therefore, transport, communication, and trade are complementary to each other. Today, India is well-linked with the rest of the world despite its vast size, diversity, and linguistic and socio-cultural plurality. Railways, airways, waterways, newspapers, radio, television, cinema and internet, etc. have been contributing to its socio-economic progress in many ways. The trades from local to international levels have added to the vitality of its economy. It has enriched our life and added substantially to growing amenities and facilities for the comforts of life.
In this chapter, you will see how modern means of transport and communication serve
as life lines of our nation and its modern economy. It is thus, evident that a dense and
efficient network of transport and communication is a pre-requisite for local, national and global trade of today.

India has one of the largest road networks in the world, aggregating to about 2.3 million km at present. In India, roadways have preceded railways. They still have an edge over railways in view of the ease with which they can be built and maintained. The growing importance of road transport vis-à-vis rail transport is rooted in the following reasons; (a) construction cost of roads is much lower than that of railway lines, (b) roads can traverse comparatively more dissected and undulating topography, (c) roads can negotiate higher gradients of slopes and as such can traverse mountains such as The Himalayas, (d) road transport is economical in the transportation of few persons and the relatively smaller amount of goods over short distances, (e) it also provides door-to-door service, thus the cost of loading and unloading is much lower, (f) road transport is also used as a feeder to other modes of transport such as they provide a link between railway stations, air, and seaports.
In India, roads are classified into the following six classes according to their capacity. Look at
the map of the National Highways and find out about the significant role played by these roads.
• Golden Quadrilateral Super Highways: The government has launched a major road development project linking Delhi-Kolkata- Chennai-Mumbai and Delhi by six-lane Super Highways. The North-South corridors linking Srinagar (Jammu & Kashmir) and
Kanyakumari (Tamil Nadu), and East-West Corridor connecting Silcher (Assam) and
Porbander (Gujarat) are part of this project. The major objective of these Super Highways
is to reduce the time and distance between the megacities of India. These highway
projects are being implemented by the National Highway Authority of India (NHAI).
• National Highways: National Highways link extreme parts of the country. These are
the primary road systems and are laid and maintained by the Central Public Works
Department (CPWD). A number of major National Highways run in North-South and
East-West directions. The historical Sher-Shah Suri Marg is called National Highway
No.1, between Delhi and Amritsar. 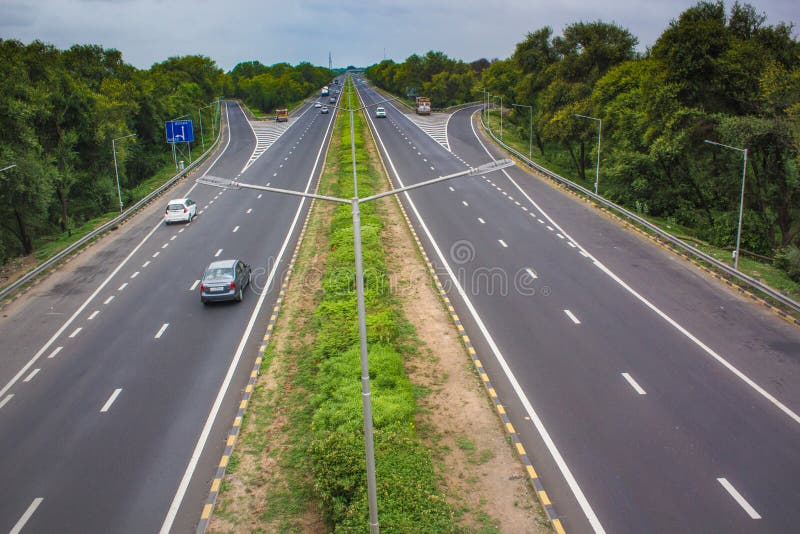 • State Highways: Roads linking a state capital with different district headquarters
are known as State Highways. These roads are constructed and maintained by the State
Public Works Department (PWD) in State and Union Territories.
• District Roads: These roads connect the district headquarters with other places of the
district. These roads are maintained by the Zila Parishad.
• Other Roads: Rural roads, which link rural areas and villages with towns, are classified
under this category. These roads received special impetus under the Pradhan Mantri
Grameen Sadak Yojana. Under this scheme, special provisions are made so that every village in the country is linked to a major town in the country by an all-season motorable road. 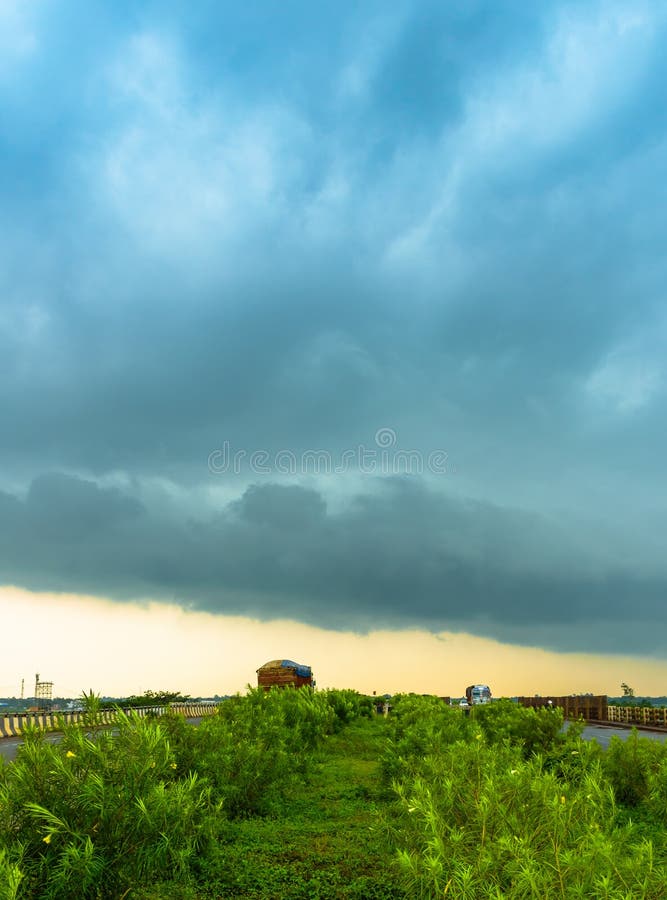 Border Roads: The part from these, Border Roads Organisation a Government of India
undertaking constructs and maintains roads in the bordering areas of the country.
This organization was established in 1960 for the development of the roads of strategic importance in the northern and northeastern border areas. These roads have improved accessibility in areas of difficult terrain and have helped in Roads can also be classified on the basis of the type of material used for their construction such as metalled and unmetalled roads. Metalled roads may be made of cement, concrete or even bitumen of coal, therefore, these are all-weather roads. Unmetalled roads go out of use in the rainy season.

The length of road per 100 sq. km of area is known as the density of roads. Distribution of road is not uniform in the country. The density of all roads varies from only 10 km
in Jammu & Kashmir to 375 km in Kerala with a national average of 75 km(1996-97)Road transportation in India faces a number of problems. Keeping in view the volume of traffic and passengers, the road network is inadequate. About half of the roads are unmetalled and this limits their usage during the rainy season. The National Highways are inadequate too. Moreover, the roadways are highly congested in cities and most of the bridges and culverts are old and narrow. 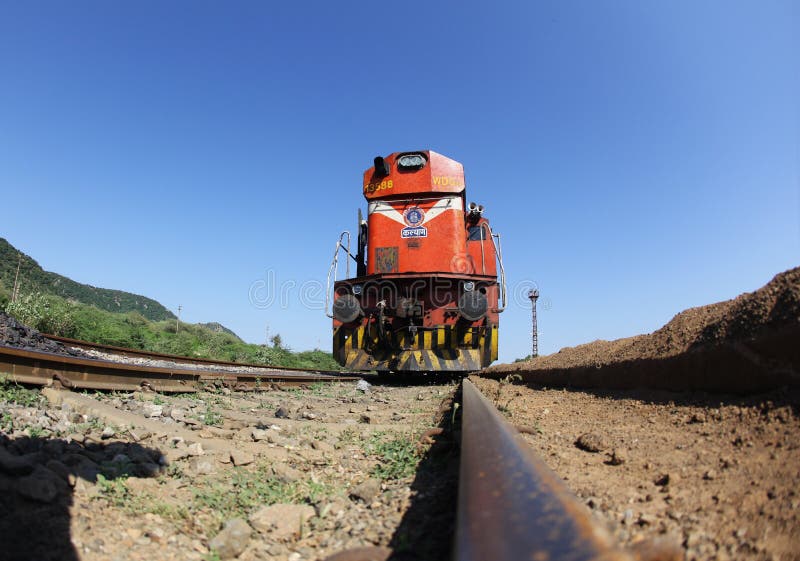 Railways are the principal mode of transportation for freight and passengers in India. Railways also make it possible to conduct multifarious activities like business, sightseeing, pilgrimage along with transportation of goods over longer distances. Apart from an important means of transport, the Indian Railways have been a great integrating force for more than 150 years. Railways in India bind the economic life of the country as well as accelerate the development of industry and agriculture. The Indian Railway has a network of 7, 031 stations spread over a route length of 63, 221 km. with a fleet of 7817 locomotives, 5321 passenger service vehicles, 4904 other coach vehicles and 228, 170 wagons as of 31 March 2004.

India was one of the seafaring countries. Its seamen sailed far and near, thus, carrying and spreading Indian commerce and culture. Waterways are the cheapest means of transport. They are most suitable for carrying heavy and bulky goods. It is a fuel-efficient and environment-friendly mode of transport. India has inland navigation waterways of 14,500 km in length. Out of these only 3,700 km are navigable by boats. The following waterways have been declared as the National Waterways by the Government.

• The Ganga river between Allahabad and Haldia (1620 km)-N.W. No.1
• The Brahmaputra river between Sadiya and Dhubri (891 km)-N.W. No.2
• The West-Coast Canal in Kerala (Kottapurma-Kommen, Udyogamandal and
Champakkara canals-205 km) – N.W. No.3 The other viable inland waterways include
the Godavari, Krishna, Barak, Sunderbans, Buckingham Canal, Brahmani, East-west
Canal and Damodar Valley Corporation Canal.

Life On The Earth