These exogenic processes are dealt with in detail in this Article. Any exogenic element of nature (like water, ice, wind, etc.,) capable of acquiring and transporting earth materials can be called a geomorphic agent. When these elements of nature become mobile due to gradients, they remove the materials and transport them over slopes and deposit them at lower levels. Geomorphic processes and geomorphic agents especially exogenic, unless stated separately, are one and the same. A process is a force applied on earth materials affecting the same. An agent is a mobile medium (like running water, moving ice
masses, wind, waves, and currents, etc.) that removes, transports, and deposits earth
materials. Running water, groundwater, glaciers, wind, waves, and currents, etc., can
be called geomorphic agents.

The energy emanating from within the earth is the main force behind endogenic geomorphic processes. This energy is mostly generated by radioactivity, rotational and tidal friction, and primordial heat from the origin of the earth. This energy due to geothermal gradients and heat flow from within induces diastrophism and volcanism in the lithosphere. Due to variations in geothermal gradients and heat flow from within, crustal thickness, and strength, the action of endogenic forces are not uniform and hence the tectonically controlled original crustal surface is uneven.

All processes that move, elevate or build up portions of the earth’s crust come under
diastrophism. They include:

(i) orogenic processes involving mountain building
through severe folding and affecting long and narrow belts of the earth’s crust;

In the process of orogeny, the crust is severely deformed into folds. Due to epeirogeny,
there may be simple deformation. Orogeny is a mountain building process whereas
epeirogeny is the continental building process. Through the processes of orogeny, epeirogeny, earthquakes, and plate tectonics, there can be faulting and fracturing of the crust. All these processes cause pressure, volume, and temperature (PVT) changes which in turn induce metamorphism of rocks.

Volcanism includes the movement of molten rock (magma) onto or toward the earth’s
surface and also the formation of many intrusive and extrusive volcanic forms. Many aspects of volcanism have already been dealt with in detail driving forces. It should become clear from this chart that for each process there exists a distinct driving force or energy. As there are different climatic regions owing to variations in thermal gradients created by latitudinal, seasonal, and land and water spread on the surface of the earth, the exogenic geomorphic processes vary from region to region. The density, type, and distribution of vegetation which largely depend upon precipitation and temperature also exert.

Weathering is the action of elements of weather and climate over earth materials. There are a number of processes within weathering which act either individually or together to affect the earth’s materials in order to reduce them to fragmental state. Weathering processes are conditioned by many complex geological, climatic, topographic, and vegetative factors. forces could be Physical or mechanical weathering.

Physical or mechanical weathering processes depend on some applied forces. The applied forces could be (i) gravitational forces such as overburden pressure, load, and shearing stress; (ii) expansion forces due to temperature changes, crystal growth, or animal activity; (iii) water pressures controlled by wetting and drying cycles. Many of these forces are applied both at the surface and within different earth materials leading to rock fracture. Most of the physical weathering processes are caused by thermal expansion and pressure release. These processes are small and slow but can cause great damage to the rocks because of continued fatigue the rocks suffer due to repetition of contraction and expansion. 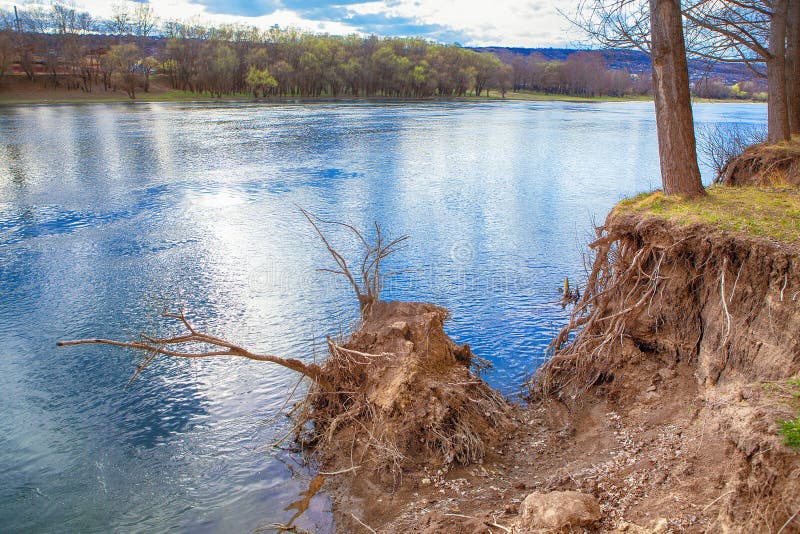 These are relatively rapid and perceptible movements. The materials involved are
relatively dry. The size and shape of the detached mass depend on the nature of
discontinuities in the rock, the degree of weathering, and the steepness of the slope.
Depending upon the type of movement of materials several types are identified in this
category. Slump is slipping of one or several units of rock debris with a backward rotation with respect to the slope over which the movement takes place (Figure 6.6). Rapid rolling or sliding Slumping of debris with backward rotation Landslide scars in Shiwalik Himalayan ranges near river Sarada at India-Nepal border, Uttar Pradesh of earth debris without backward rotation of mass is known as debris slide. Debris fall is nearly a free fall of earth debris from a vertical or overhanging face. Sliding of individual rock masses down bedding, joint or fault surfaces is rockslide. Over steep slopes, rock sliding is very fast and destructive. 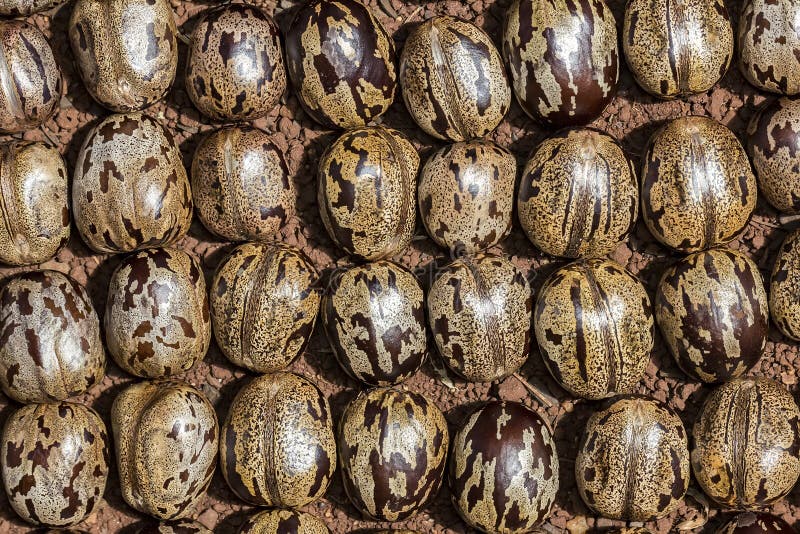 You see plants growing in soils. You play in the ground and come into contact with soil.
You touch and feel the soil and soil your clothes while playing.  Soil is a dynamic medium in which many chemical, physical, and biological activities going on constantly. Soil is a result of decay, it is also the medium for growth. It is a changing and developing body. It has many characteristics that fluctuate with the seasons. It may be alternatively cold and warm or dry and moist. Biological activity is slowed or stopped if the soil becomes too cold or too dry. Organic matter increases when leaves fall or grasses die.

Topography like parent materials is another passive control factor. The influence of
topography is felt through the amount of exposure of surface is covered by parent
materials to sunlight and the amount of surface and sub-surface drainage over and
through the parent materials. Soils will be thin on steep slopes and thick over flat upland
areas. Over gentle slopes where erosion is slow and percolation of water is good, soil formation very favorably. Soils over flat areas may develop a thick layer of clay with the good accumulation of organic matter giving the soil dark color.

Time is the third important controlling factor in soil formation. The length of time the soil-forming processes operate, determines the maturation of soils and profile development. A
soil becomes mature when all soil-forming processes act for a sufficiently long time
developing a profile. Soils developing from recently deposited alluvium or glacial till are
considered young and they exhibit no horizons or only poorly developed horizons. No specific length of time in absolute terms can be fixed for soils to develop and mature.

Life On The Earth